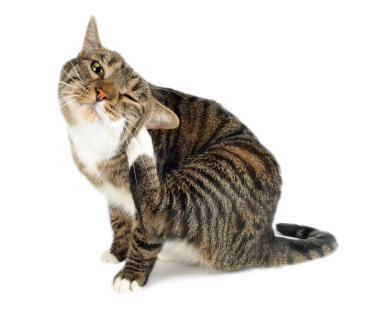 What is an Ear Mite?

The ear mite (Otodectes cynotis) is a parasite that typically lives in the ears of cats, dogs, rabbits, and ferrets. These are barely visible to the naked eye. This is one of the most common external parasites found on cats, second only to fleas.

What are the Symptoms?

How are Ear Mite Infestations Diagnosed?

A combination of symptoms, ear examination with an otoscope, and a microscopic examination of an ear swab are generally used to find the mites and rule out any secondary infections the mites may have caused.

How did my Cat Get Mites?

Ear mites are highly contagious and can infect cats by direct contact with other infected animals. For this reason, all pets in the house should be treated to prevent transmission and re-infestation.

What is the Treatment?

In order to be truly effective, the ear, skin, and environment should be treated for a minimum of 3 weeks (time to complete the mite life cycle). There are topical ear products that work well, as well as topical flea/mite preventatives (ie: Revolution) that can be very effective in treating mites. Thorough cleaning of all bedding, carpets, furniture should be done weekly (until resolved) to remove any mites as they are capable of limited survival off pets.

Technically these mites can cause a temporary rash on susceptible people if the home is infested, but once the pets are cures, the rash will resolve. Interesting fact:

Dr. Robert Lopez, of Westport, New York, intentionally infested himself with ear mites from infected animals, and described the outcome in a 1993 edition of the Journal of the American Veterinary Medical Association. First, he took a sample from the ear of a cat with ear mites and placed it in his own ear. He described the scratching sounds and movement that he could feel as the mites explored his ear canal. Severe itching developed, to the point where “sleep was impossible.” 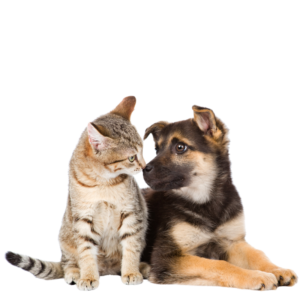