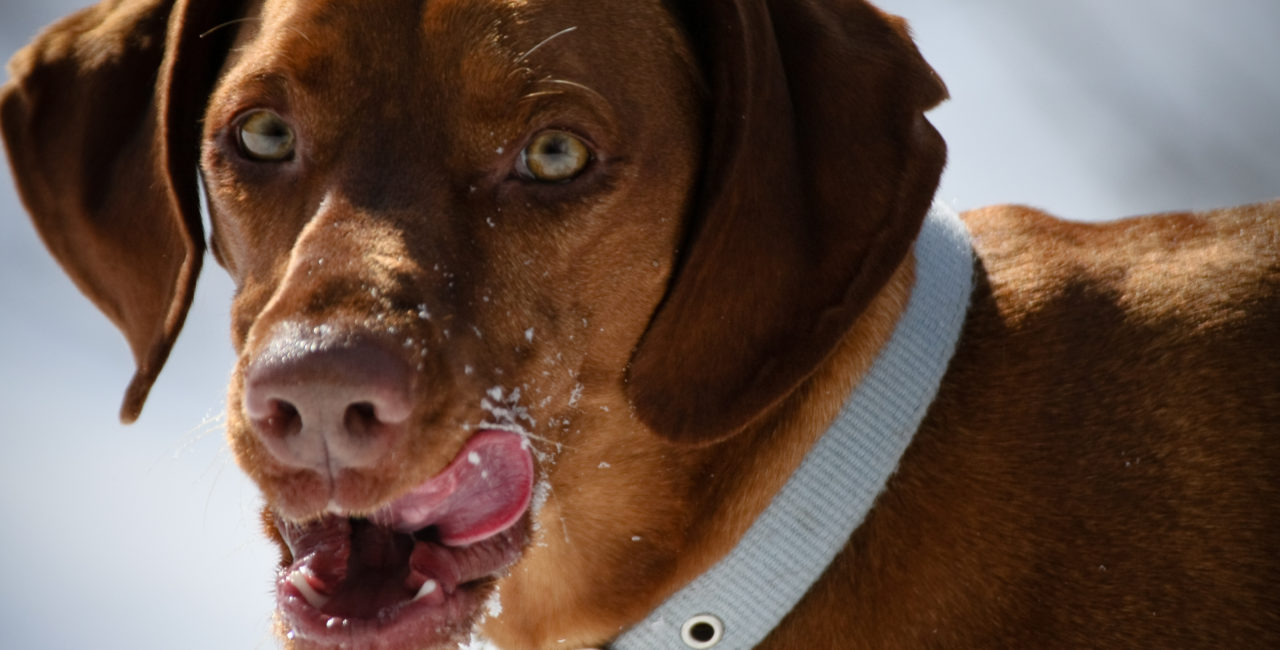 Why Should I Train my Dog?

Sincere apologies assault your ears as you attempt to brush the mud off your brand new shirt. Seconds later Fido is in the corner being scolded.  You just walked into a friend’s house only to be greeted by the family’s 100lb Shepherd who happily wanted to say hello with a kiss.

Sound familiar? These are the sounds of a frustrated owner with an untrained dog.

When we have children we teach them to respect rules and obey. We need to teach them how to live civilized in our world not only for their emotional health but for physical safety as well.

The same applies to dogs. Just like with human babies, your puppy did not come into this world with the innate knowledge of how to behave. There was no rule book in the womb for him to memorize prior to his birth. It’s our job as parents to teach him.  Nobody enjoys being in the company of an “unruly” dog.

Many people just assume the dog will train itself in time or magically know how to sit on command. For the easier commands such as sit, that DOES come naturally… the key is to teach the dog to do it when you ask him to. A dog can be trained to do ANYTHING you want him to do. This is why they’ve become so valuable in the work-force (fire dogs, k9 police officers, assistance dogs, rescue dogs, bomb/drug sniffing dogs, the list is endless)
How far you go with training is up to you but your dog should at least learn the basics (sit, lie down, off, stay, come)/ This will help prevent him from darting out the door when its opened or dashing across the busy street outside. It will make him more fun to be around. ☺

There are many methods of dog training. The method you use to train is entirely your choice. Keep in mind that some dogs and certain breeds are more stubborn and hard-headed than others so be prepared to change your method to suit your dogs’ needs.

Most dogs are relatively easy to train if you keep these words in the back of your mind at all time. The more work you put into your dog with training the better the results will be.

You must be persistent. You cannot expect to put 10 minutes into a training session once/week and have it stick. The more often you train your dog the faster he’ll learn. Whether you choose 3 ten minute quick sessions per day or 1 full hour..that will depend on you and your dog. Some dogs focus better than others. Some lose interest quickly. Once your dog loses interest in training it’s time to stop. Otherwise it’ll start to get frustrating for you both and you’ll get nowhere. Training your dog gives you one-on-one time with your furry friend and helps to reinforce the human/dog bond. You need to make training a fun and rewarding experience so you’ll both WANT to keep doing it. Training should never feel like a “chore”.

You must to be consistent. Use the same words/commands. If he jumps up do not say “down!” one day and “off!” the next. Each word requires a specific response. NEVER give your dog a command unless you are within close proximity to physically back that command up with actions. Meaning, if you are not physically able to put your dog into a sitting position immediately following the command, then do NOT ask him to do it.

Think about it. What if he suddenly decides he doesn’t WANT to sit? If you do not enforce your command you’re essentially telling him that it’s ok to ignore your request and that it’s basically HIS choice as to whether or not he complies. A well trained dog will respond immediately to his owners request every time. It’s not fair to set your dog up for failure. If you know he likes to jump up on people then have him under control before you open the door (put him on a leash and be prepared to reinforce and/or correct the behaviour).

Do not confuse your dog by allowing him to do one thing one day and other thing the next. In other words do not allow him to playfully jump up on you one day only to reprimand him for doing it the next. All he knows is that when he jumped up on you yesterday he was positively rewarded by you laughing and playing with him. Today he does not understand why you are angry. He does not understand that you are wearing a $2000 Armani Suit or that you are just leaving the house for a job interview.

Keep in the back of your mind at all times that if the behaviour is one that you do not want your dog doing as an adult then do not permit him to do it as a puppy. For example, when I acquired my Old English Mastiff puppy I knew he would be a giant dog (over 200 lbs at maturity), therefore, certain behaviours such as jumping up on people could definitely never be permitted. My goodness he could seriously injure my Grandmother or the next door neighbours’ 2 year old son if he did that! So I had to teach him from the very beginning that this behaviour was not ok.

He learned fast with positive reinforcement and consistency. I have never had to reprimand my adult dog for this negative behaviour because it was one I never permitted him to learn in the first place. Yes those cute puppy eyes will get you every time and it is hard to say “no” sometimes. Dogs need to know where they fit within their *pack*. They need rules & boundaries. They need to understand what is expected of them. A confused dog is an unsettled and unhappy dog.

You must be patient.  Dog training has got to be one of most frustrating things ever! Some things come easier for some dogs than others (remember that when you choose the breed! For example: Border Collies = HIGH trainability whereas Bulldogs = LOW trainability. Be prepared to do a lot of work. With dog training it’ll often feel like 1 step forward, 2 steps back.

Your puppy will hit rebellious stages (just like your teenage child did). He will also hit stumbling blocks where you’ll be 100% convinced that his brain just fell out of his head! Suddenly he’s forgotten what “Sit” means even though he’s been complying faithfully every time for the past 6 months. At times like this it’s important to realize that this does not necessarily mean that you did not train him correctly but that it’s just part of the learning process. This is where you’ll need to stand your ground and be prepared to go back to the basics for a short period of time. Don’t despair though, the older your dog gets the less “back to the basics” he’ll need (assuming he was taught correctly the first time). If he’s not quite “getting it” then that is your clue to knowing that you’ve moved too fast with the training phase. You need to slow down. Never move on to step 2 until step 1 is 100% fully complete! It’s much easier to go slow and do it right than fast and do it wrong.

The world is at your fingertips and the click of a mouse. The internet is loaded with helpful information on dog training. Use it.  If you don’t have access to a computer there are many dog training books available in book stores. There are also local dog trainers who are available for private, at-home or group sessions in your community.

Remember that NO dog is too old to learn. The older he is the more set in his ways he’ll be, therefore you may just have to work a little harder since you are not molding a fresh new mind but combatting months/years of negative behaviour and bad habits.

You CAN teach an old dog new tricks.